The football and Netball magazine is the one-stop read for all things footy in the Goulburn Valley. Covering 4 leagues, the magazine looks in-depth at each team and their season’s prospects. With the cancellation of all league matches, the 16th edition of the McPherson Media Groups annual leagues magazine was bittersweet, acting as a memento of a season which could have been. As my first publication with MMG, I had the opportunity to give the magazine a refresh as it moved towards emphasising both sports in equal proportions. 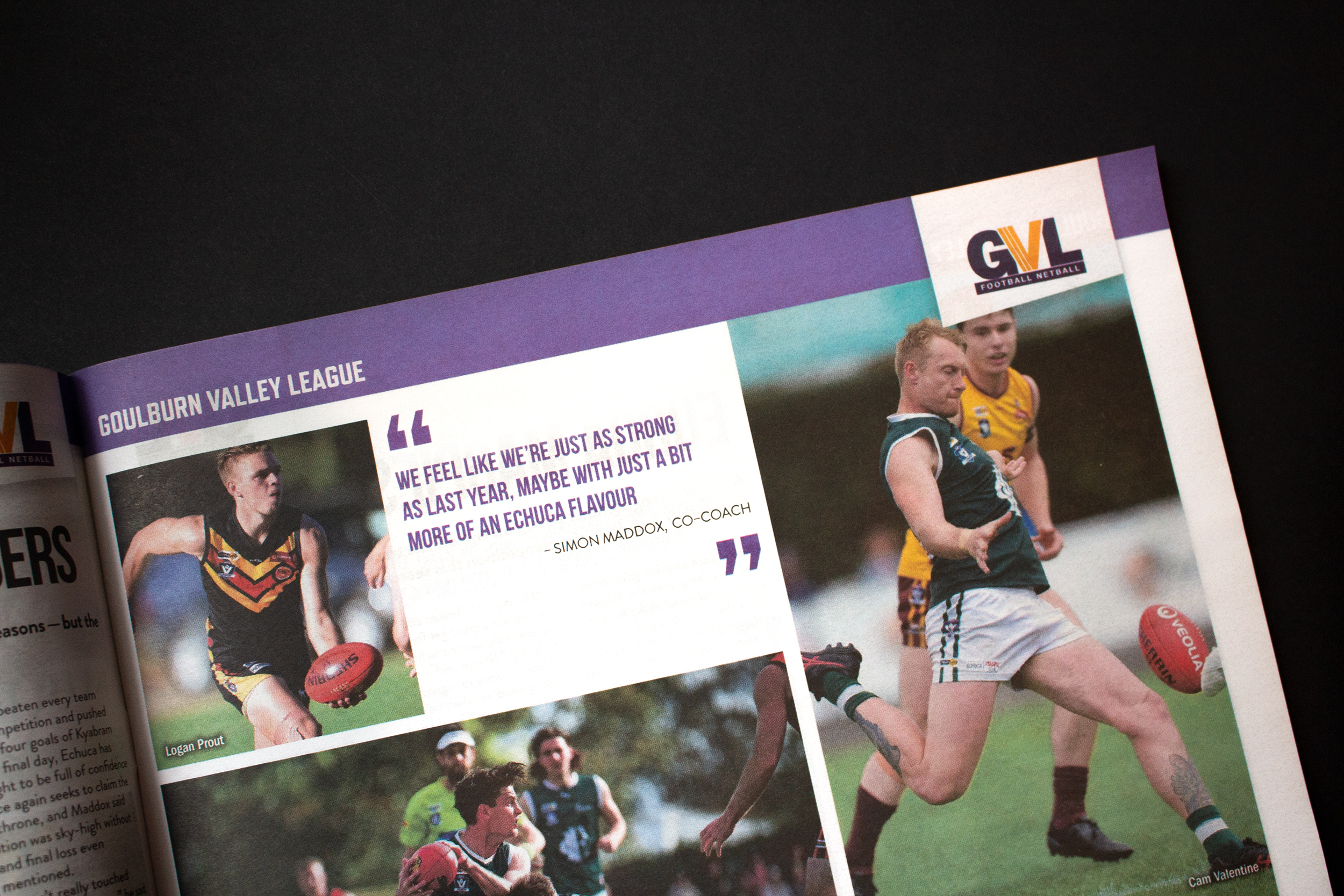 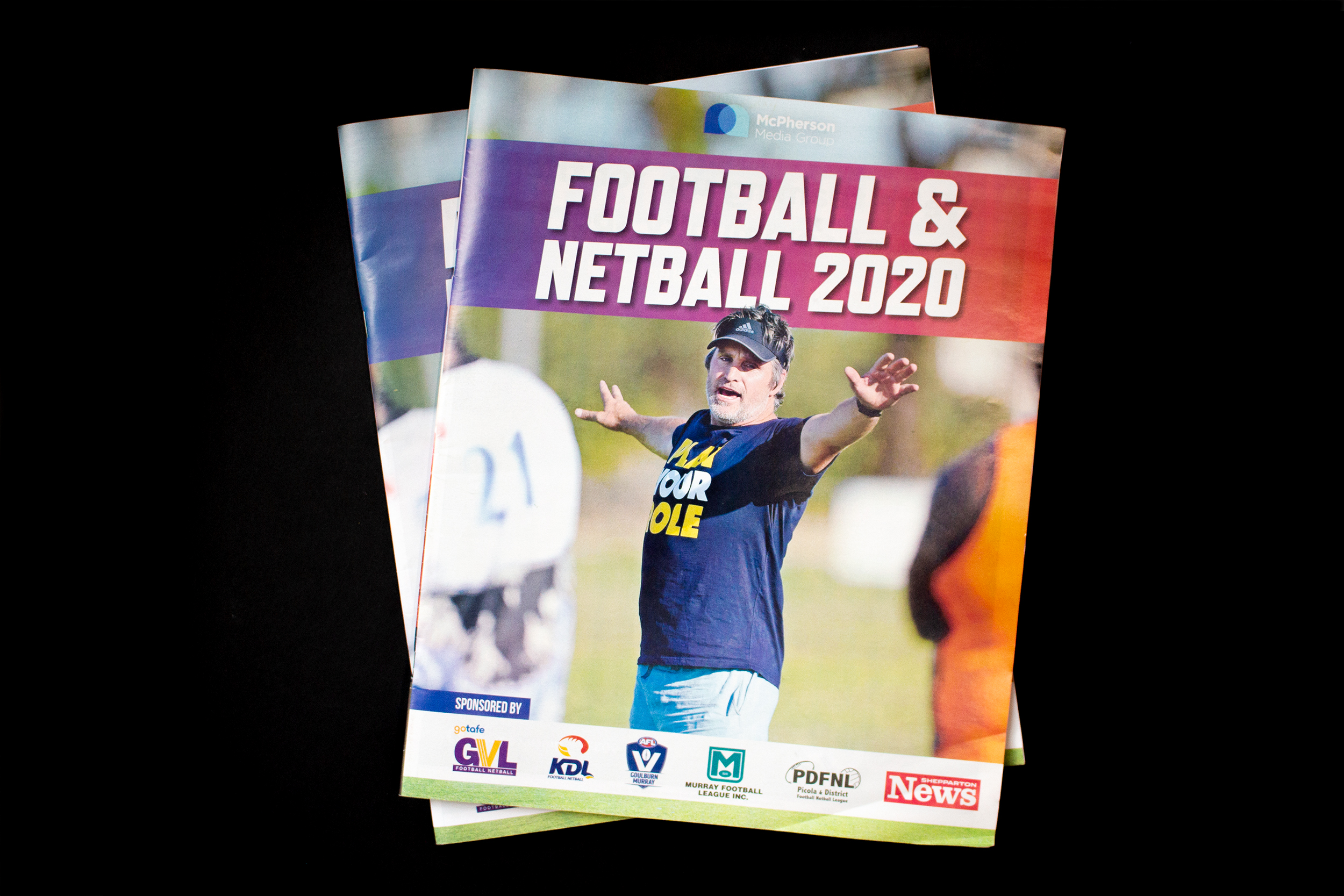 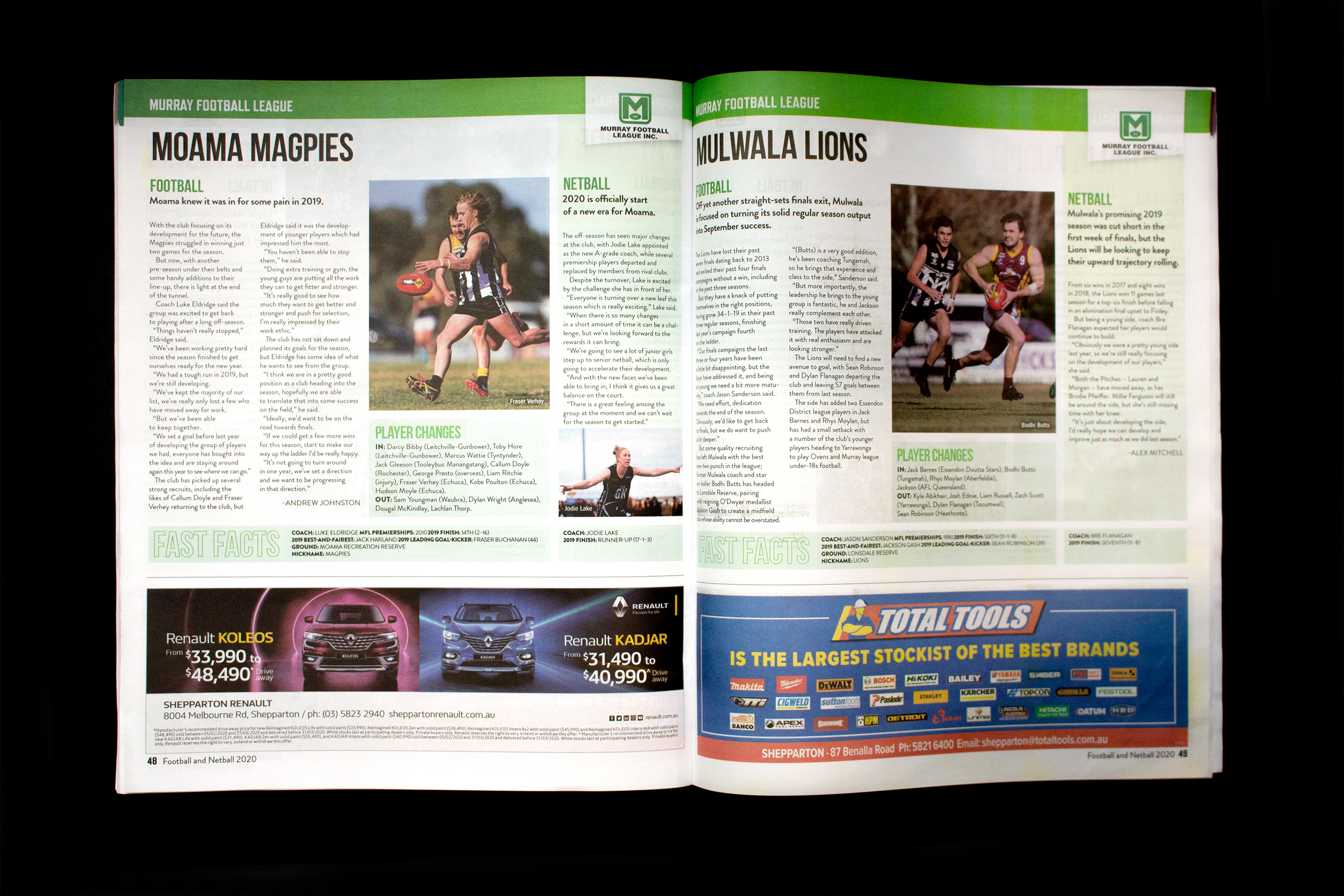 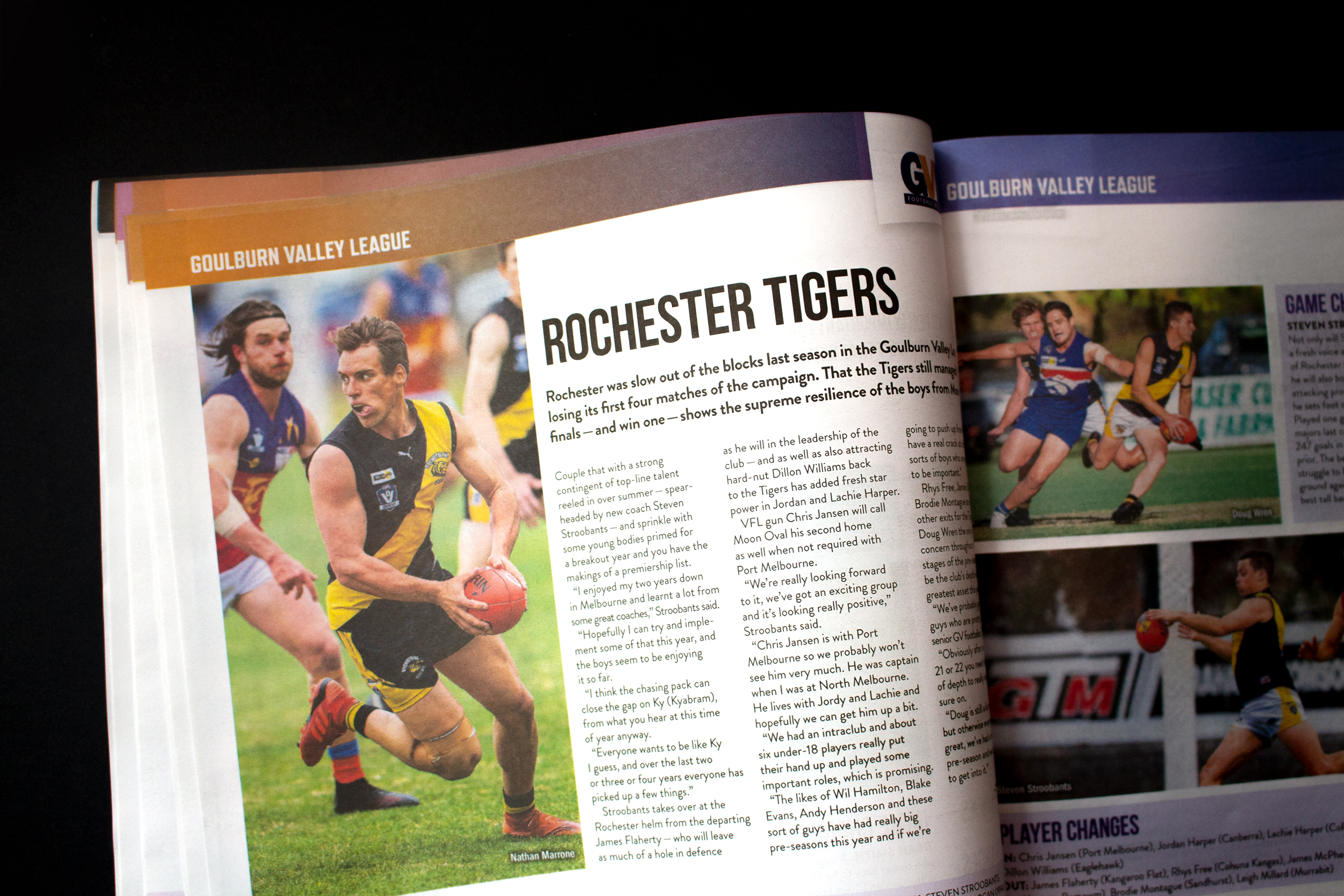 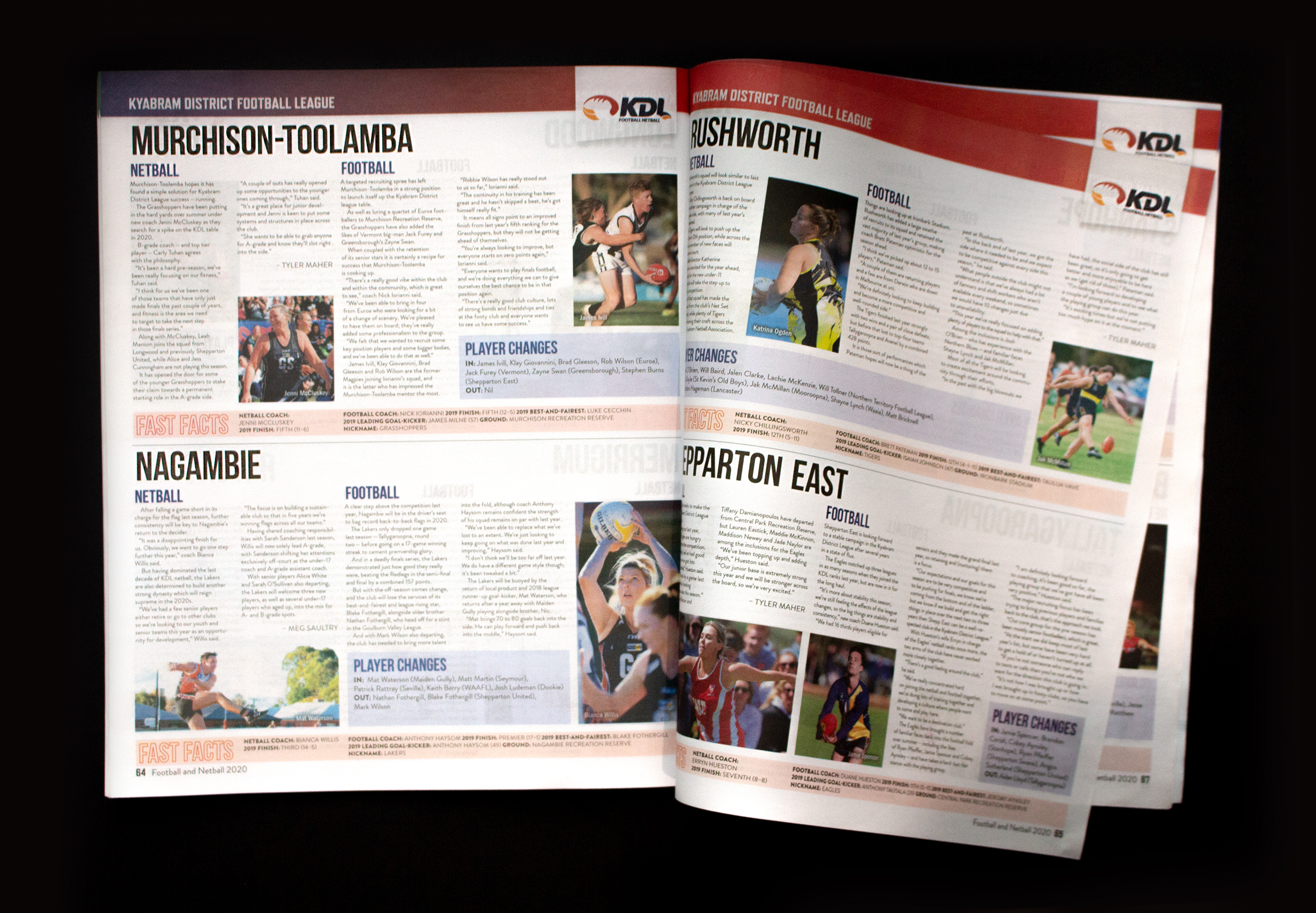 I would like to acknowledge the traditional owners of the land from which I work and live – the Taungurung people and their elders past, present and emerging.
I recognise your continued connection to place and the importance of lands, heritage and culture.